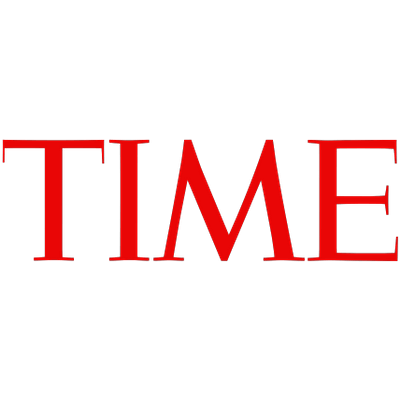 The common thread that runs through the work of multimedia artist, director and producer Zackary Drucker is a commitment to telling stories of trans resilience, whether that’s through her photography, her work as a producer on the award-winning series Transparent, or as co-director of the new HBO docuseries The Lady and the Dale. “I never want to do the same thing twice. I am led by curiosity, by anything that I don’t understand,” Drucker says.

The Lady and the Dale tells the story of Liz Carmichael, an automobile entrepreneur and transgender woman who rose to fame in the 1970s with the invention of the Dale car, and was later publicly outed and arrested and imprisoned on charges of fraud. When producers Mark and Jay Duplass approached Drucker about signing on to produce and co-direct the series, she was intrigued by the story, in part because she had not heard of Carmichael before. “We all have to create our own universe in the face of a world that otherwise has no place for us, or perhaps, sometimes would prefer that we didn’t exist,” says Drucker. Here, Drucker shares with TIME why Carmichael’s story is relevant today, her thoughts on the current era of transgender representation onscreen, and what the future holds for trans rights in the U.S.

TIME: What first interested you about the story of Liz Carmichael?

Drucker: I’ve always been fascinated by trans predecessors and people who traversed the constraints of their assigned gender through time. I think that I was skeptical about Liz at first, because I had not heard of her. Many trans folks have their own short list of icons and archetypes that they look up to, and so many of those stories have not been told. So my initial instinct is always “well, why this story?”

That was really what drew me in, and by the end of the process, I felt like I had come full circle in truly understanding why Liz’s story is so relevant to the culture that we find ourselves in today.

What do you think that relevance is?

So many trans themes in Liz’s story persist. Uneven access to gender-related health care, employment discrimination, the disproportionate incarceration of trans people, the necessity to survive based on the underground economy. And, of course, being publicly humiliated and being made an example of in the media, having your identity called into question. I think we can see Liz’s story is sort of an origin point for so many cultural themes today. Trans people’s identities are being contested, from state to state.

In Liz’s day, she was an anomaly. It wasn’t in the public imagination that trans people would be running a business, would be putting themselves out there unashamedly, would have all the confidence and charisma and gumption that Liz Carmichael had to put herself out there, completely unafraid.

The series explores how Liz was treated by the media as a transgender woman in the 1970s. What do you think has changed since then?

Things have changed immensely. The future is better and worse, simultaneously. Progress happens, and alongside it, opposition grows as well. I do not think that the struggle for trans rights is over by any means. These are all hard-won gains, and certainly in the States, white supremacy is not over. I feel like we have barely even begun to dismantle some of the institutionalized ways of white supremacy, of misogyny and sexism, and transphobia is so connected to those systems. So we have a long way to go. I’m very grateful to be a part of a large movement with many leaders. And a part of a generation of storytellers, who will hopefully change hearts and minds over time. I hope that in my lifetime, I’m able to continue to witness that evolution.

You were a consultant and producer on Transparent, arguably one of the most visible and popular works about trans characters. Looking back, what impact do you think that show had on executives’ decisions to greenlight more trans stories, and on the public’s receptiveness to them?

The conversation that we’re having today, right now, is a world away from the conversations I was having with reporters in 2014, when Transparent came out. So just that as a measure of progress, of competency around talking about trans people—I like to think that Transparent was a part of that. And at the same time, it’s so hard to quantify those things.

Certainly working on Transparent opened a door for me to tell stories to a broader audience. And for that I’m eternally grateful. And I think in seven years, we’ve taken it to the next level. I did not think I would witness this in my lifetime. If you had asked me 10 years ago, I would have never ever anticipated all this.

Where do you think we are now in terms of the representation of trans people onscreen?

I think this era of content proves that the more specific you are, the more universal it is. And stories about trans folks contain something for everyone. I think every single human is multifaceted, and has feminine and masculine characteristics and trans people are living manifestations of that.

How do you feel about cisgender actors being cast to play trans characters?

I always tell people, you never know who is trans. So many folks are not presenting how they feel, even as they are privately identifying. I never make assumptions on people’s identities. I don’t believe in any hard and fast rules. I think that trans actors and trans talent need more opportunities to be onscreen, and that is certain.

The last four years have seen a series of attacks on transgender rights by the previous administration. President Biden’s earliest executive orders included those to protect transgender people from discrimination and to repeal the transgender military ban. What do you hope and expect to see from the next four years?

I think that at the core of cultural conflicts through time is a resistance to a modernizing world. And that’s manifested in so many different ways, in different cultures, forever. Whether you like it or not, and your indignation notwithstanding, trans folks are living testaments to modernization, to what previously was not possible. The resistance to our identities and our lives is not going away. I feel like it will take my lifetime to continue pushing for change, and that it’s going to take a lot of people doing it at once.

View Time.com
Back To Top