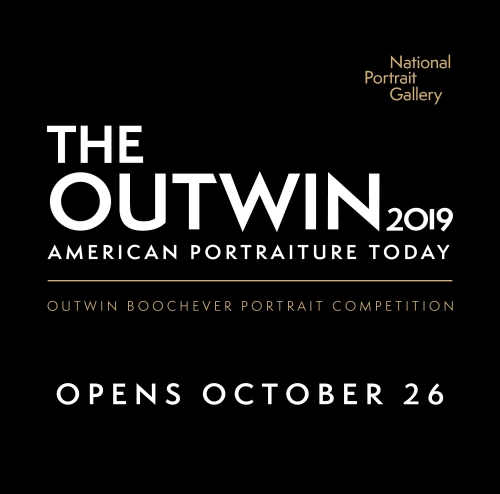 Hugo Crosthwaite’s work will be presented in The Outwin 2019: American Portraiture Today, a major exhibition premiering at the National Portrait Gallery October 26, 2019 through August 20, 2020. The exhibit will present the work of this year’s nearly 50 finalists, including seven artists that were shortlisted for prizes, selected from over 2,600 entries. As the first-prize winner, Crosthwaite receives a cash award of $25,000 and a commission to create a portrait of a notable living person for the museum’s permanent collection.

The Outwin Boochever Portrait Competition encourages artists from across the United States to submit artworks that challenge the definition of portraiture. This year’s competition, the fifth triennial exhibition in this series, received entries in a variety of media and the winning artworks reflect the very compelling and diverse approaches that today’s artists are using to tell the American story through portraiture. Finalists have come from 14 states, Washington, D.C. and Puerto Rico. The winners were announced at a press preview on October 25th. Previous first-prize winners include David Lenz (2006), Dave Woody (2009), Bo Gehring (2013), and Amy Sherald (2016)—who went on to paint the portrait of First Lady Michelle Obama.

Jurors for the competition’s fifth edition are Byron Kim, artist and senior critic at the Yale School of Art; Harry Gamboa Jr., artist, writer, and faculty member at the California Institute of the Arts; Lauren Haynes, curator of contemporary art at the Crystal Bridges Museum of American Art; and Jefferson Pinder, artist and professor of sculpture and contemporary practices at the School of the Art Institute of Chicago. The National Portrait Gallery’s Brandon Brame Fortune, chief curator; Dorothy Moss, curator of painting and sculpture and performance art; and Taína Caragol, curator of painting and sculpture and Latino art and history, also served on the committee.

Moss is the director of the 2019 Outwin Boochever Portrait Competition and is co-curating the exhibition “The Outwin 2019: American Portraiture Today” with Caragol.

View NPG.Smithsonian.com
Back To Top