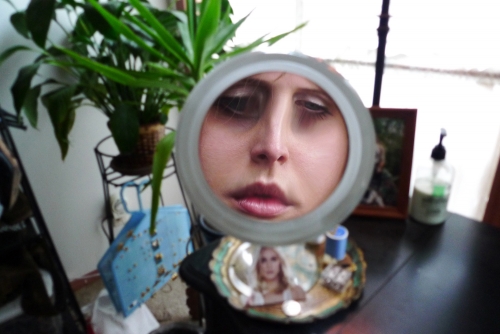 The gallery is pleased to announce that the Baltimore Museum of Art has acquired five photographs by Zackary Drucker for it's permanet collection. The acquistion includeds three self-portraits from the "Relationship" series (produced in collaboration with Rhys Ernst from 2008- 2014 and debuted at the 2014 Whitney Biennial) and two photographs from the "Before and After" series (produced in collaboration with A. L. Steiner in 2010- 2011). The acquision is an outcome of BMA's "2020 Vision," a year of exhibitions and programs dedicated to the presentation of the achievements of female-identifying artists. 2020 Vision builds on the BMA's efforts over the last several years to expand its presentations of women artists and artists of color, and to more accurately reflect the community in which it lives.

Multi-media artist, photographer, producer, and activist Zackary Drucker has reshaped contemporary converations around gender presentations and identity within art and popular culture. Drucker's work raises difficult questions about the personal and political significance of ideals of femme beauty for individuals whose basic right to exist is constantly called into question. In a society that often ignores, ridicules, dismisses or exploits trans women, Drucker's celebration of her own appearance and those of her trans family represents a powerful political gesture.

The Baltimore Museum of Art connects art to Baltimore and Baltimore to the world, embodying a commitment to artistic excellence and social equity in every decision from art presentation, interpretation, and collecting, to the composition of our Board of Trustees, staff, and volunteers—creating a museum welcoming to all.

View ArtBMA.org
Back To Top