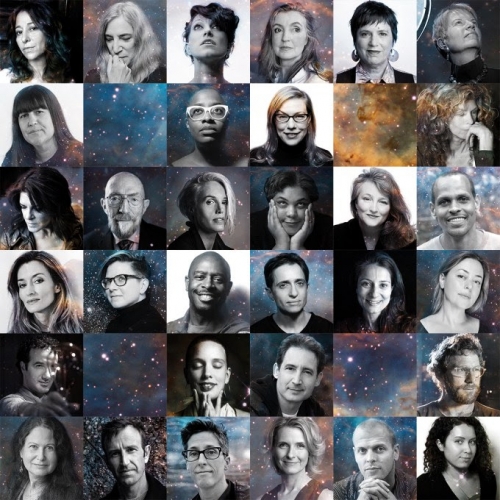 A LETTER FROM CURATOR AND HOST MARIA POPOVA:

Since 2017, The Universe in Verse has been celebrating science and the natural world — the splendor, the wonder, the mystery of it — through poetry, that lovely backdoor to consciousness, bypassing our habitual barricades of thought and feeling to reveal reality afresh. And now here we are — “survivors of immeasurable events,” in the words of the astronomer and poet Rebecca Elson, “small, wet miracles without instruction, only the imperative of change” — suddenly scattered six feet apart across a changed world, blinking with disorientation, disbelief, and no small measure of heartache. All around us, nature stands as a selective laboratory log of only the successes in the series of experiments we call evolution — every creature alive today, from the blooming magnolias to the pathogen-carrying bat, is alive because its progenitors have survived myriad cataclysms, adapted to myriad unforeseen challenges, learned to live in unimagined worlds.

Every golden human thread weaving this global lifeline is donating their time and talent, diverting from their own work and livelihood, to offer this generous gift to the world. We’ve made this just because it feels important that it exist, that it serve some measure of consolation by calibration of perspective, perhaps even some joy. The Universe in Verse is ordinarily a ticketed charitable event, with all proceeds benefiting a chosen ecological or scientific-humanistic nonprofit each year.